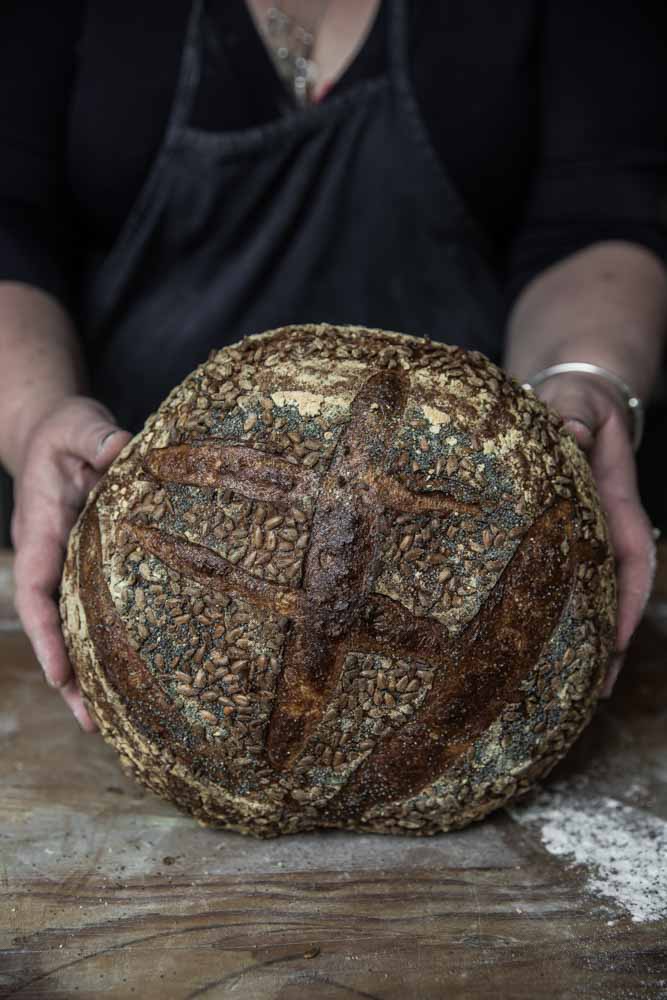 How to make and use a Seeded Porridge

A year ago my team and I felt a wave of rage, frustration and helplessness as we watched events unfold over the past two weeks. We know that emotions, when used to fuel action do good.  This recipe along with the recipes of many from ourcommunity were turned into a book Knead Peace, that has won a major award.

Andrew Green gathered recipes including our and introduced him to our publishers. The book is extraordinary and can be seen here. Congratulations to everyone involved with the book. It takes a huge amount of effort and dedication so it is amazing to say that the book has won two Gourmand awards.

There is a full guide of how you can use your bread as a protest here and a call to action.

There is a list of my top tips for fundraising here, which also includes some facts about the global impact this conflict will have on foods systems.

WE BAKE FOR PEACE

This recipe has been created by a whole team of people, including Team Hart bakery,  Max at Sourdough Revolution and Dan, my business partner.   We have carefully tailored it to ensure it can easily be integrated into breads in a professional bakery while still being suitable for domestic baking.  It also happens to be delicious, with a natural, malted, treacly sweetness.

This porridge recipe is for all bakers, at all skill levels. We have tried to take into account the ability to source different ingredients worldwide, and to show how you can adapt your bread using poignant and politically relevant ingredients. Each ingredient, was thoughtfully chosen to not only nourish our minds and bodies, but to represent this moment in time, encouraging us to reflect as we make our bread and understand what it means to be a baker.

It’s a significant export of Ukraine and a common ingredient used across the Baltic states. It’s also delicious. Rye is the most flavoursome and comforting of grains, producing breads with an intricate combination of flavours and textures. It is dense, dark and chewy, with a deep, toasty tang. It has complex, deep, rich treacle notes that can’t be found elsewhere. It is full of fibre and produces a deep, dark loaf that is reminiscent of those baked by our ancestors, invoking a simpler way of life. It has a sweet nuttiness that you can even smell in the flour,  which becomes positively aromatic as it bakes. Rye is widely grown in central and eastern Europe, and is a good source of dietary fibre. Studies show that sourdough bread baked with rye flour has been associated with many health benefits, including helping to control blood sugar levels.

Poppy seeds – for the immeasurable sacrifice of the Ukrainian people

I have included poppy seeds, which have a very well understood message from the battlefields of two previous World Wars. Red poppies are a symbol of both remembrance and hope for a peaceful future.The immeasurable sacrifice of the Ukrainian people cannot be underestimated. Poppy seeds are  commonly used across Eastern Europe, and I hope they will be easily available to all bakers.

Sunflowers – for standing up to oppression

Sunflower seeds are one of the biggest exports of Ukraine, and the sunflower happens to be the country’s national flower. But the idea of using sunflower seeds was inspired by the recent video of the incredibly brave Ukrainian woman, who stood up with righteous indignation to a Russian officer, asking him to go home. The officer stood there with a weapon in his hand, and she offered him sunflower seeds to put in his pocket so that the flowers would grow after he was killed in battle.

In that moment, she was telling him that his life was a wasted life, and he would end up in the soil in Ukraine. There was something very poignant in her act, reminding us that the loss is on both sides – it is a loss to the world and a loss for the Russians. Russia’s propaganda machine is now being unveiled, as many of the soldiers did not and do not understand the true nature of their manoeuvres.

Coriander seeds – because war is loss on all sides

We’ve also used toasted coriander seeds, which lend a most exquisite perfume and flavour to the porridge. There is a well-known story of a Boradinsky bread using coriander as a representation of shock. By using this ingredient in the bread, we are reminding ourselves that violence is not the answer. War is loss on all sides. As we bake, we need to call for the cessation of violence – it is the only way forward. We need to talk.

Barley – because we are one earth

The final ingredient is sprouted barley. If you can get your hands on barley, it is a beautiful grain. Just a small handful of sprouted barley is used in the recipe. Barley is representative of the 1798 struggle in Ireland, where young rebel soldiers often carried barley in their pockets to eat during their marches. Wherever these young men had fallen, patches of sprouted barley grew on their unmarked graves the following year.  There’s something incredibly poignant about that – it’s another reminder of the true cost of death and loss, and yet a symbol of regeneration and hope for the future.  The barley is a reminder of the loss of life and return to soil – we are one soil, one planet, one people. Baking has no borders – it is without borders, without boundaries, without race, without age, without religion, without sex and without creed. We are bakers, we are brothers and sisters. We must pull ourselves together and remember all that is good in the world.

Seeds for solidarity – and for hope

As seeds grow, they remind us there is hope. At this point in time, it doesn’t feel like there is much hope. We are seeing some very disturbing plays being made by both sides. Looking at the way Putin is viewing the world, every move we make, he interprets through his lens. He is a man who needs to see reason through our eyes and the way we see the world now. I would encourage young bakers to speak out now, because it is your world that is being changed and threatened. And old politicians need to see the way that the world looks through young people’s eyes. For them to surround themselves with other old people with an outdated way of thinking is one of the most dangerous things. We must reconnect to each other and share our points of view. We also must come together unilaterally to call for peace and the cessation of violence, and to ask that Putin leave Ukraine immediately.

Ingredients to make about 230–250g porridge

It’s really important to make this porridge well in advance of baking. Make it at least a couple of hours beforehand, giving it plenty of time to cool and take up the water.

First, combine the flour, seeds and sprouted barley in a saucepan. Add 120g of the water and put the pan over a low heat. Stir, making sure the mixture doesn’t catch on the bottom of the pan. As the porridge thickens, add the remaining water and keep stirring. Continue simmering and stirring until the porridge has reached the right consistency (see my tip below). It’s important that you don’t add too much water, but equally important that it isn’t under-hydrated. It’s difficult to give you a precise measurement for how much water you will need to get this balance right, because every grain and seed in the porridge mix will hydrate slightly differently. What you have to do is ensure the porridge is thoroughly cooked, which can take a good 8–10 minutes of standing over the pan and stirring.

Remember that in order for the porridge to add to the gelatinisation of a sourdough bread, the ingredients have to be fully hydrated. My tip is that it is always good to end up with the mixture looking slightly more liquid than you think it should be, because it will continue to take up water and thicken when you take the pan off the heat and leave the porridge to cool.

If you do not have barley to sprout, then rye is perfect. Please listen to the audio file for information on how to sprout grains.

How to best use the porridge in your bread

After the dough has been mixed and the gluten has developed, weigh your dough, then add 10% of that weight in porridge to the bowl. Mix, prove, shape and bake as usual.

You can use this method in any existing standard sourdough recipes. In the video above, it has been used in our 20% Wholemeal Classic Sourdough Boule, which can be found online or on pages 114–116 of The Sourdough School book.

WE SUPPORT EACH OTHER’S MENTAL HEALTH

A wonderful tutorial on using the bread making process to help support mental health & remember to use your porridge bread as activism. 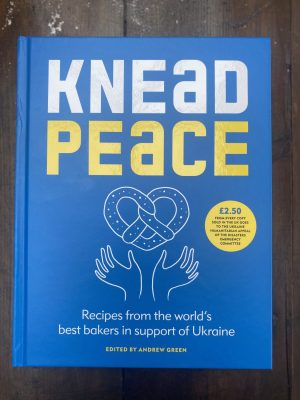 This recipe and many others by bakers from all over the world can be found in the book Knead Peace: Bake for Ukraine by Andrew Green.

£2.50 from the sale of each books goes towards the Ukraine Humanitarian Appeal of the Disasters Emergency Committee.

Inspired by the resilient spirit of Anna Makievska and The Bakehouse, Kyiv, who have continued to bake day and night throughout the conflict, Knead Peace is a unique collection of beautiful bakes in support of Ukraine.

Donated by esteemed bakeries from across the globe, they include sweet and savoury breads, indulgent cakes and cookies, and delicious pies and tarts.

To stand up to oppression 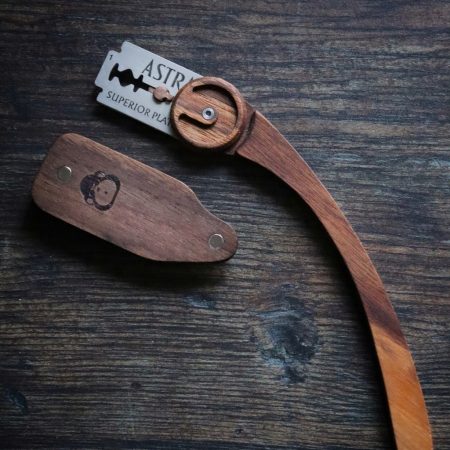 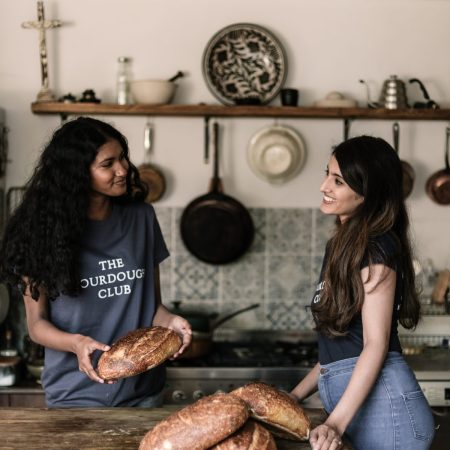 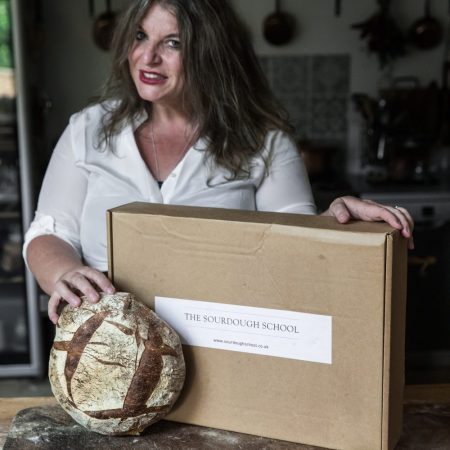 WHITE SOURDOUGH STARTER KIT & COURSE This is our

BAKING AS LIFESTYLE MEDICINE The BALM (baking as

🌾 WHAT ARE BOTANICAL BLENDS? 🌸 The idea of

FLOUR IS NOT JUST FLOUR… When I’m choosing fl

IS IT A YOGA MOVE? WHY DO I NEED TO STRETCH & FOLD