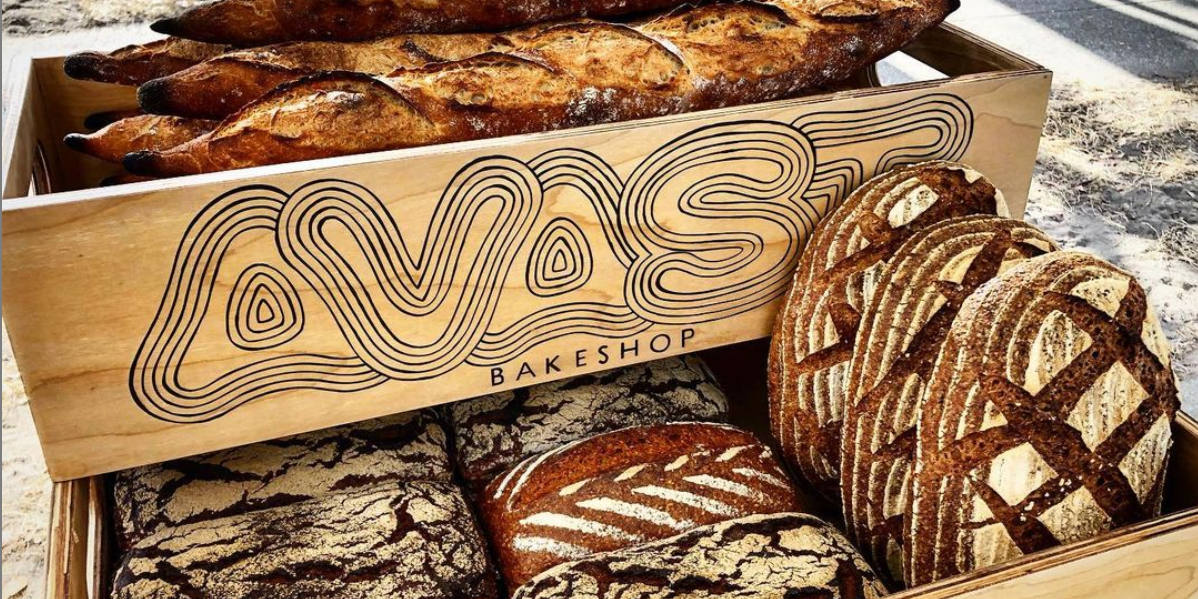 Avast Bakeshop in San Francisco is run by Matthew Jones

A true community baker, Matthew Jones worked at Tartine and Outerlands in San Francisco before branching out on his own as Avast Bakeshop. His speciality is ancient grains, and 100% einkorn and emmer loaves feature regularly on his stall at the Sunday farmer’s market at Outer Sunset, San Francisco. He grinds much of the flour himself on a Friday, before starting the dough on Saturday, and baking more than 300 loaves single handed on the Sunday. It’s a lifestyle that fits well around caring for his five month old twins, Jethro and Asher with his wife, artist and designer Mary K Jones. 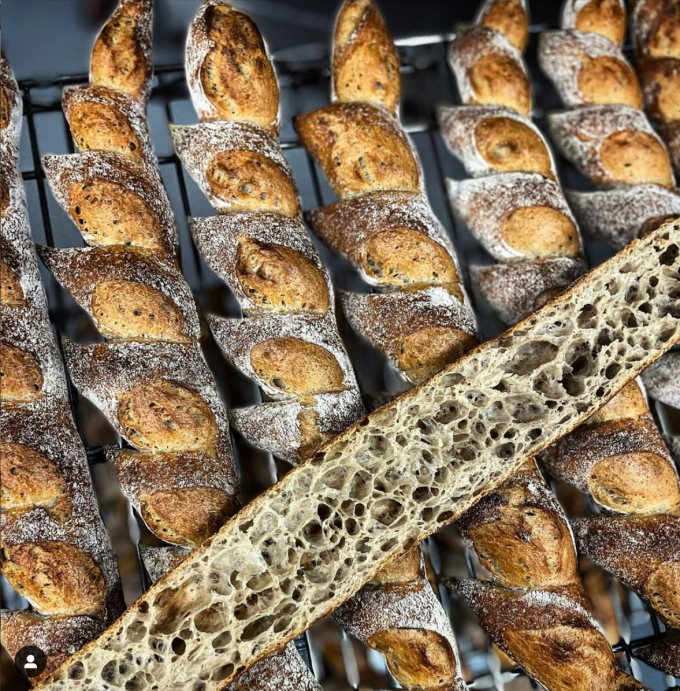 I like the fact it’s a healthy, delicious food that has sustained cultures and peoples for thousands of years, and a beautiful vehicle that can be turned into a piece of toast, a sandwich, a pizza, a pretzel. Making it is a creative adventure.

When did you bake your first bread?

My first job, aged 16, was in a pizza restaurant in my home town of Wichita, Kansas. I was making dough and shaping balls.

But before that, my mum would make two loaves of challah every week. She would mix a yeasted white flour dough in a bread machine, proof it in there and then we would pull it out, braid the challah, egg wash and bake them. I loved that braiding and baking, and eating French toast made with the stale challah on Sundays.

It was in 2006, when I was 25, that I was introduced to sourdough bread. My best friend worked in Tartine, and I was working as a cook. He would go in for the croissant shift, which meant starting at 4am and finishing in the afternoon, and I would go over to Tartine and meet him. The walnut loaf and the ham and cheese croissant really stood out to me. I thought, “This place is magical.”

A year or two later I started baking it myself. I made my own starter, got a notebook, and started taking notes. My father-in-law was baking bread and the first sourdough loaf I made was with him – he’d been doing it for some time. It turned out mediocre.

What were the hurdles with baking sourdough?

Understanding the fermentation, starter maintenance and control, knowing when the levain is at the right stage, was a big hurdle. I wasn’t doing the same thing every time, I was experimenting, so I didn’t get into a groove until I was really regimented about it.

Understanding flour was another challenge. I used to use different flours, think it wouldn’t really matter, but I soon realised how important flour was in the process. It’s like good ingredients in cooking – you can have a very simple meal with olive oil and salt and beautiful vegetables and it’s going to be delicious, but if your vegetables aren’t good it’s going to ruin the dish. And the same goes for baking. If you have the most exceptional flour, it’s going to produce a far superior loaf, even if you screw some things up.

How did you get started with baking professionally?

I started professionally in 2012. There is a restaurant called Outerlands in my neighbourhood in San Francisco that I had been going to for a few years, and the owner was friends with Chad Robertson of Tartine. Chad had shown the owner and a couple of the employees how to make really simple sourdough pan loaves.

Because it was in the neighhourhood, I went and applied for a job – there were no baker positions so I applied for and got a job as an expediter. Then I asked if I could just hang out and stage with the bakers. So for the first four months I staged pretty much every day they made bread.

On 4th July, I showed up for my shift and the owner said, “Matt, the baker didn’t show up. I have things to do – do you think you can handle this?” And the next thing I know, I became the baker, and I got to turn the simple pan loaves into a huge bread programme. Outerlands was already famous for incredible food, and then it was popular for really good bread too.

I was there for four years, then I left and went to work at Tartine, first at the old bakery and then the Manufactory, before going back to Outerlands.

What set you off working on your own?

Just over two years ago, an old co-worker friend of mine who is a pastry chef asked me to do a pop up with her at a bakery in Marin County, north of San Francisco, called Ponsford’s Place. It’s owned by Craig Ponsford who is a legend in the US, as he was the first guy to beat the French in the Coupe du Monde bakery competition, for best baguette.

So I went and made seven varieties of bread, all these kinds I wouldn’t normally make for Outerlands or Tartine. It was super fun, and more what I was interested in – 100% spelt, 100% einkorn, emmer, all these single origin ancient grain breads. I did it, it was awesome, and then my mate handed me a cheque for my portion of the sales. I was flabbergasted that I could have that much fun, do that much work and make money, the equivalent of a couple of weeks salary as a standard bread baker.

I did some more pop ups over the next year, and then Covid hit. Outerlands shut down, and I started to do the farmers’ markets.

Do you have a signature bake or one you are especially proud of?

My best sellers are baguettes – I make a lot of them. They have some wholegrain, some sifted flour, but I don’t use any flour below type 80. The texture turns out great. But because they are naturally leavened they last much longer – two or three days later you can still toast them.

I make a simple country loaf too. From manipulating the levain, the feeding schedule, the blends of flours that we are so privileged to have in this area, you can take a really basic loaf and turn it into something that is complex texturally, flavour-wise, and has delicious Maillard effect on the crust.

That crust is key. When I first met Chad, he showed me a loaf of bread and explained that one of the most important things is to have varying degrees of colour in it – parts of the crust super blond, some mahogany, some almost black, some sticking out, the ear, that are extra black and crisp, and a darker or a lighter spot over here – each one of those colours is a unique flavour. So implementing these lessons that I have learnt over the years has made all the difference. 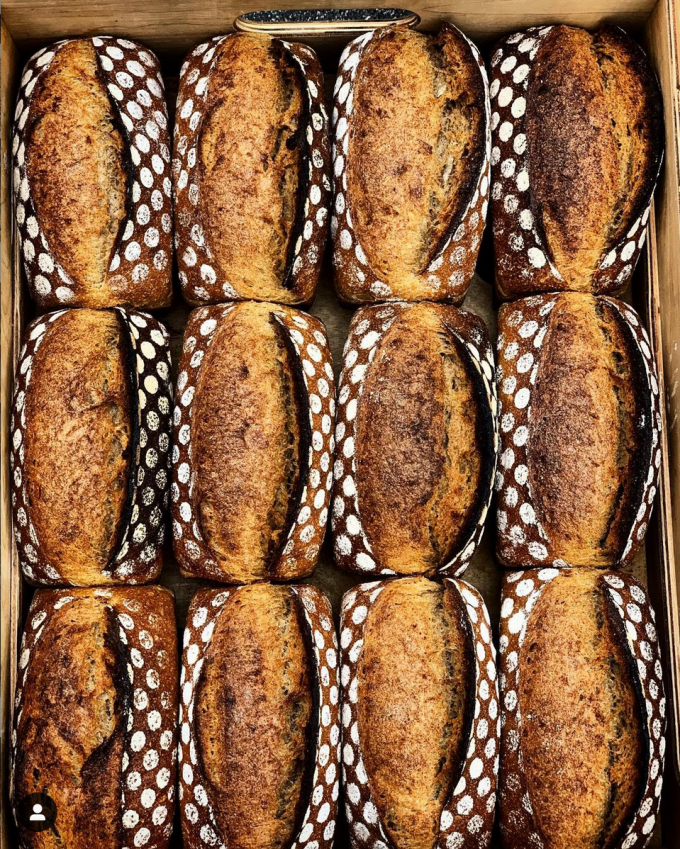 What is your favourite flour to use?

I mill all of my einkorn and emmer, some rye and spelt and occasionally Yecora Rojo – I have a small Mockmill and I crank out kilos and kilos. Einkorn alone is 12kg a week – out of a very small mill. Those mills are really good. Occasionally I have to put it in the fridge for a bit so it doesn’t get too hot. In terms of milled flours, Bluebird Farms einkorn is amazing, great flavour, super strong for an einkorn.

Central Milling makes a type 80, a type 110 and a stoneground which are all from Yecora Rojo. A Californian grown variety, it was developed by University of California, Davis to be a drought-resistant variety. California has drought issues, so environmentally it is a great variety to grow here. I’d like to use all ancient varieties but sometimes using modern varieties is actually is going to be better for the future of the earth.

What’s the bit of baking kit you love most?

I really like my lame – I use a really simple German one made out of steel, just a really thin strip of metal, and they are flexible so I can make the blade flat or curved for a great ear. It’s the simplest thing ever and I love it.

What would you say to yourself if you could go back in time?

I’d start baking a little earlier in my life. I never got to bake in any huge high production places and at this point in my life I probably never will. It would be great to have had that experience – exciting and gruelling too.

Any advice for people wanting to follow their dreams with a new business?

If you want to open a bakery business, spend time at bakeries and work for bakers. Stage as much as you can. I tried to put in time at every bakery in San Francisco making good bread, seeing different environments, getting people’s perspectives. Find a place you enjoy and spend some time working and learning under people who have put in all the sweat and tears over the years – you are going to come out of it having a better business from that experience.

Talk radio or music as you bake?

I like a baking mix, a bunch of music from 90’s skate board videos, which is hip-hop, rock and roll, 80’s classic rock. And I listen to sci-fi books on tape. 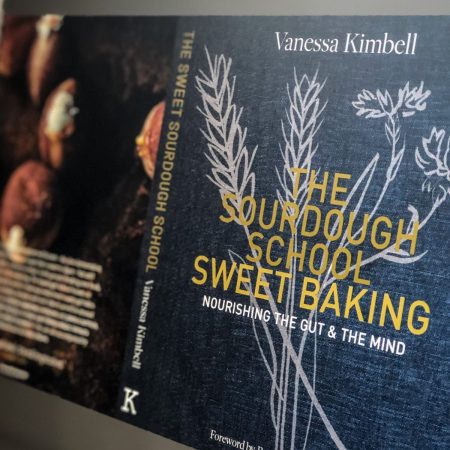 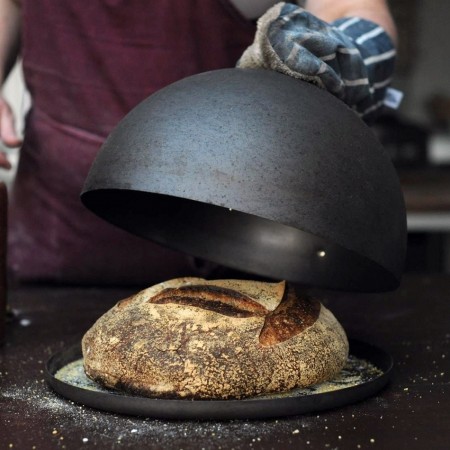 Great to hear about sourdough helping with digesti